My funding project is officially over, and it was a success!

Here are the next steps in publishing FADE INTO ME.


Once edits are finished, Amie will do the typesetting and interior design to make the print and e-copies beautiful! Then I will:
FADE INTO ME will be available early 2015! Keep a look out for it! 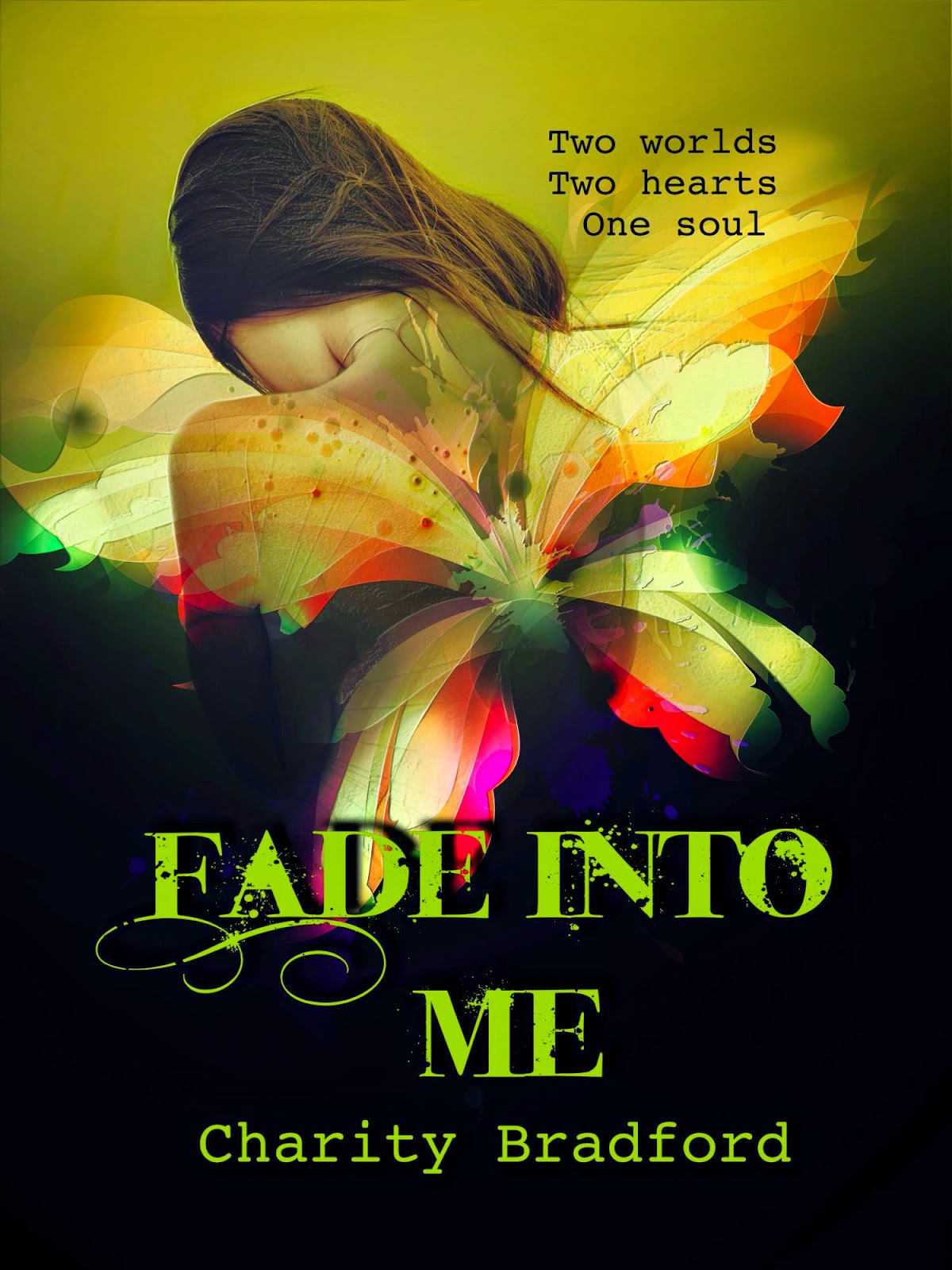 Posted by Charity Bradford at 9:22 PM No comments:

Goal #15 Get FADE INTO ME published 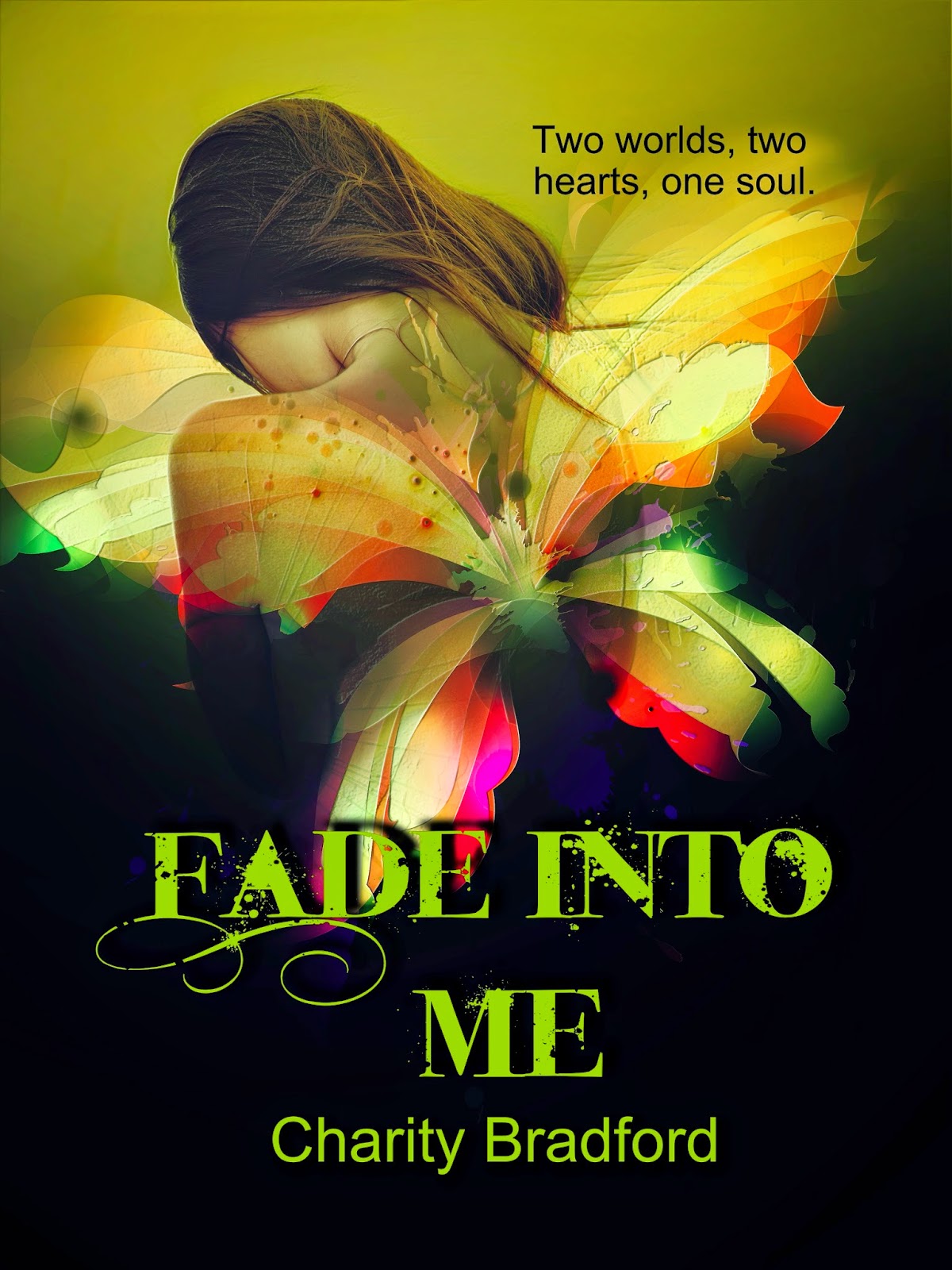 For Nanowrimo 2011 I met a troubled girl named Ryanne. She had secrets I didn't want to uncover, but her desperate need to be loved in spite of her scars kept drawing me back to her. I finally finished her story in 2013. Early this year I dug into revisions with a drive I hadn't felt since THE MAGIC WAKES (WiDo Publishing, 2013).

I was on fire.

FIM has been through multiple beta readers and grown into something I never could have planned. Some people will love it. Others won't get it. It's about a co-dependent girl who protects those who hurt her and runs from those who can make her whole.  Her reactions and inner struggles are based on similar ones of many women I've met in my life. All of us had to learn we are worthy of love and embrace those who knew too.

This month I'm running a kickstarter to pay for a professional editor and typesetter. With any luck, I'll make my goal and this book will be available early next year. Please take a moment to watch my video about the project. The book trailer is at the end. Then think of it this way, a $12 pledge is like pre-ordering a signed print copy of FADE INTO ME. I will be selling the print copy for $12 on Amazon and other places when it's available, but it won't be signed!

Thanks in advance for any support you can give. Even if that's just tweeting, facebooking and telling your neighbors and family about the project.

Aliens live among us. Their purpose: to protect and nurture their greatest mistake—mankind.

Caedan Frey’s family has fulfilled this duty for thousands of years, but it doesn’t free him from his obligation as prince of the Reparation. Although he doesn't believe humans will evolve to see the magic, much less control it, he has two months to marry one or face the wrath of the High Council. Bitter about a responsibility he thinks prevents him from marrying for love, he figures any human girl will do. He's ready to propose when his soul mate stumbles into—and right out—of his arms.

Human, Ryanne Killian might be his one shot at happiness while still fulfilling his duty. Unfortunately, she guards a dark secret within her co-dependent personality, and she thinks the only way to protect Caedan is to push him away.

Caedan must convince her she’s worthy of his love before the men who hurt her before steal more than her virtue. If she can see her own worth, she just might save herself and his people.

What do you think? Does it sound like something you'd read?
Click HERE to read the first 2 chapters.

Fade Into Me was a remarkable read. I couldn't put it down! Bradford writes the story with so much conviction, I wondered if she was trying to tell us all something about the human race. The book is clean and well written. The character building hooked me from page one. The author's imagination helps make the book come to life. I give the book a 5 out of 5 rating! Great read for all audiences! I can't wait for others to be able to discover this new Urban Fantasy!
~Alicia Rivoli - Author of The Enchantment Series

I love the glimpse into two different worlds and can't wait to see how they collide! I have a clear picture in my mind as I read, I can't help but visualize Caeden's world-not something I can usually do in the first chapter of a book. I'm only disappointed I can't read the rest yet!
~Trish

Posted by Charity Bradford at 3:20 PM No comments:

Charity Bradford
United States
Charity Bradford has been a voracious reader ever since her 5th grade teacher introduced her to the world of books with WHERE THE RED FERN GROWS. She soon became kindred spirits with Anne Shirley and got lost in the worlds Card, McCaffrey, Bradbury, and Nagata. By college, she was sewing her own Starfleet uniform and developing her alter-ego as a comic book sidekick named Solstice She lives in Northwest Arkansas with her hubby and four kids. Some of her guilty pleasures include binge-watching Doctor Who and Ancient Aliens. She writes science fantasy under the name Charity Bradford and Sweet Romance under the name River Ford.

A lot of my friends are setting 50 goals to accomplish between their 40th and 50th birthday. I think it's a great idea. It would be easy to fill my list with places I'd like to visit or other "bucket list" items. However, I'm carefully choosing things I can do with my current financial, physical and emotional capabilities.
This blog is where I will document and share the trials, triumphs and lessons I learn on this journey.